Get fresh music recommendations delivered to your inbox every Friday.
We've updated our Terms of Use. You can review the changes here.

Music of the Extraordinary Voyages 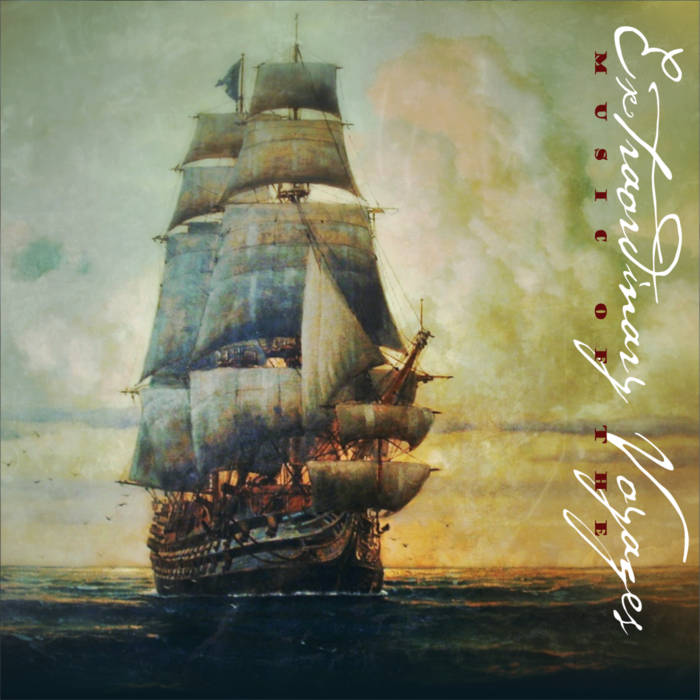 I was an avid reader when I was very young, and most of my early favorite books involved fantastic adventure in exotic places. The school librarians knew me by name, and knew what I wanted. Swiss Family Robinson, the Tarzan novels, Moby Dick, and stories by Rudyard Kipling, Jules Verne, and Jack London captivated me utterly, and took me to places far more exciting than where my day to day existence took place.

It was particularly exciting when a story I'd read would appear in film version on the Wonderful World of Disney, which aired each Sunday evening. I noticed that the music for these film versions contributed to transporting me to the exotic world in which the story took place.

I think I was around ten when my Mom pack my brothers and I into a station wagon to see The Jungle Book at the drive-in theater. I knew the story well, and went into it with great expecations. My expectations were far exceeded, thanks in part to the incredible incidental music by George Bruns. It didn't just transport us to the exotic land where the story took place, it oozed pure exoticness.

Last year my great friend and long-time collaborator Ben Crenshaw of Bent Castle Workshops asked me to write a short soundtrack for a video he was making. The video would be used on Kickstarter to promote a new steampunk themed deck of cards he and his art partner Chris Pallace had just finished designing. They were based on Jules Verne's Extraordinary Voyages novels, and captured beautifully the spirit of excitement and wonder I'd had as a kid for these stories. I set a goal of providing a piece of music that was true to the steampunk sensibility, but that evoked the exoticness that made those stories so exciting for me as a kid. The product of that effort was an early version of i will create a machine...

Several close friends responded very enthusiastically to the video's background music and made a concerted effort to encourage me to write more music along these lines. I was reluctant for some time, but I did feel a persuasive pull to the dark brooding simplicity of the piece. Eventually, without consciously deciding to do so, I started writing new short pieces with a strong sense of exoticness and a strong sense of place, each piece a different sensibility and a different place.

I was fairly well along into this process before I realized it was becoming an album.

Much of what I find interesting in this album is buried low in the mix, very rewarding for the careful listener.

Written, performed, and recorded by Matthew Labarge except...
The Orphan Returns Home contains melodic excerpt The Orphan, a traditional celtic tune
Songbird in the Morning written by Jimi Taft
Guitar on tracks 1, 2, 5, 9, and 13 by Chrys Bocast
Fiddle on Kaarta Market by Eden Macadam-Somer
Guitar on Songbird in the Morning by Jimi Taft
Mixing on Mistral Wind by Chrys Bocast
Mastered by Scot Hull at Masterdisk
Design by Ben Crenshaw

I work hard to make music that I really love in hope that someone else might too.

Some sheet music is available on my web site: matthewlabarge.com

Bandcamp Daily  your guide to the world of Bandcamp

Guests John Beltran and Kim Myhr walk us through their magical musical adventures.